The American Planning Association Massachusetts Chapter (APA-MA) is an official Chapter of the American Planning Association (APA). We are a 1,100-plus member organization of professional planners and planning officials who serve Massachusetts communities in many ways, at all levels of government, the private sector and not-for-profit organizations.

The mission of the Massachusetts Chapter of the American Planning Association is to enhance and support planning in Massachusetts through education, advocacy, outreach, communication, and provision of services & resources to members and the larger planning community, in a manner that maximizes diversity, equity, and inclusion.

This summer, APA members will elect a new slate of APA board and AICP commission members. Their terms of office will begin January 1, 2022. You will be receiving a ballot unique to your membership in an email from APA’s election coordinator for these two national positions and APA-MA elections.  PLEASE VOTE! Your participation is vitally important!  Thank you!

The National and APA-MA Elections are now open, and we couldn't be more excited! For the first time in over a decade, two planners from New England are running for a National APA Leadership position! As an APA member, you have the opportunity to vote for who represents you at the national level. The APA Board of Directors is our governing Board for APA. It passes the annual APA budget, sets policies, votes on advocacy priorities, and develops and implements the organization's strategic plan. The AICP Commission oversees the policies and programs that help certified planners uphold high standards of practice, ethics, and professional conduct, as well as continuously pursuing professional development opportunities.

This week the APA-MA Board voted to endorse Scott Turner for APA Board of Directors and Sarah Marchant for the AICP Commission. Please see below for their endorsements and visit APA's website for the bios (APA Board and AICP Commission Elections (planning.org). Look for your ballots in an email from APA on July 19th and vote by August 20th!

APA Board of Directors Endorsement:

Scott Turner and Kovid Saxena are running for the position of APA Board Director elected from Region 1. Scott is the Director of Planning at Environmental Partners Group. He served as Chair and Past Chair of the Sustainable Communities Division, immediately proving to be an exceptional leader. As Chair, he thoughtfully and strategically guided the division to excel in its performance and programs and has steadfastly promoted initiatives that benefit APA-SCD members.  More recently, Scott took the lead as the NPC21 Host Committee Chair, helped create the Climate Change Policy Guide, and was the SNEAPA 2019 Conference Co-Chair. We are thrilled to see Scott nominated for this position - he will be a wonderful asset to APA as a member of the Board of Directors.

Sarah Marchant and Donald Burns are running for the position of AICP Commissioner elected from Region 1. Sarah is Director of Community Development for the City of Nashua, NH. Sarah has grown from serving within the NH Planners Association (NHPA), to President of the Northern New England Chapter of the American Planning Association (NNECAPA) representing New Hampshire, Vermont, and Maine. Under her leadership and focus on professional development of planners, NNECAPA embarked on a comprehensive reorganization to bring the three separate state organizations under the NNECAPA umbrella as Sections. With the resulting increased access to APA, NNECAPA has grown the membership to over 600 professional planners. Sarah represents her membership well and will be an incredible addition to the AICP Commission! 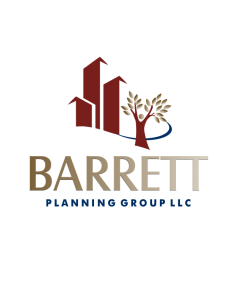